The Wrong Way to Target Math (Part I) 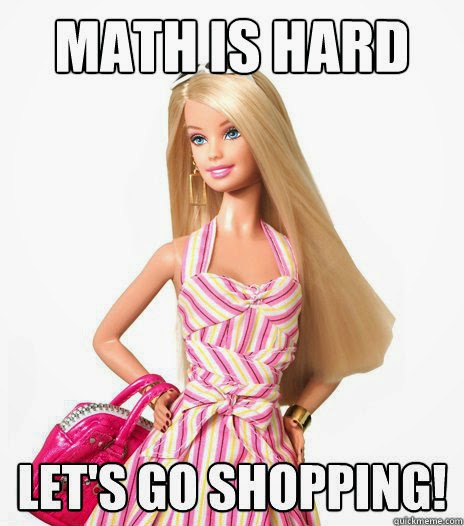 If you know me (or follow me on Twitter), you know I have a few choice words for people like Andrew Hacker, with his anti-math stance and negative opinions on math education. I wasn't going to write anything because I didn't want to lend credibility to him or his agenda, but I can't contain myself any longer. He's really pissed me off with his most recent NY Times OpEd "The Wrong Way to Teach Math" by taking aim directly at AP Statistics. Don't worry, I promise I did not use profane language.  I used as little profane language as I could.

First and foremost, take a deep breath and pull up a comfy chair. Your Andrew Hacker required reading:

First, a little sidebar, if you will, so that we can discuss the general philosophies of Andrew Hacker. One of his big issues with math education in general is that higher-level math is unnecessary for most 'citizens' and, in fact, prevents them from obtaining things like high school diplomas. As a Professor Emeritus of Political Science at Queens College, who I guess was allowed to teach some applied math/stats classes along the way, he has inexplicably acquired the skills to become an expert in math education. By the way, in general, let's all be skeptical of a person who decrees themselves an expert in anything, okay?

Anyway, Hacker's argument is that most 'theoretical' math, like Algebra and Geometry, is unnecessary for people who think they use very little of it in their lives. Quoted in the NYTimes interview earlier this month: "The number of people who use either in their jobs is tiny, at most 5 percent. You don’t need that kind of math for coding. It’s not a building block." First of all, WTF, is he serious?! No math, even in computer programming? Does he know most computer science courses are taught in math departments? I'm glad that even a ninth grade Geometry student knew this was bullsh!t.

Secondly, how did he get that estimate of 5%? No, I'm not worried so much about the lack of a good citation here, although that would be nice. My concern lies with the inherent fact that he (or at least someone else) would need some advanced math to be able to accurately make that statistical claim. [More about that advanced math stuff later.]


Furthermore, Hacker argues, it's wholly impractical for a person to be held back from his/her success by having to pass math classes. We should stop mandated math classes from ruining people's lives! From the Chronicle article: "Typical math requirements... unnecessarily trip up students who plan to major in dance or fashion design." Um, ok. Thankfully for all us, I'm guessing Andrew Hacker has never designed fashion. If he had, he'd know that it requires a lot of math skill.

I used to watch my maternal grandmother, you know... a professional seamstress, expertly lay patterns in ways that maximized expensive textiles, minimized the number of cuts, acknowledged fabric grains, and matched pattern repeats. She knew how much fabric an item would take, how to create a garment that would flatter the curves of the body, and how to make clothing that comfortably moved with the wearer. I am sure she didn't think about it explicitly as being math. No. I'm sure she might have even told you that she wasn't very good at math. And, yet, despite never having the ability to finish high school, what my grandmother did was deeply mathematical.

Interestingly, in terms of his examples of dance and fashion design, Andrew Hacker has picked two majors that are far more popular for women than men... but I won't try to read into the subtext on that one. I'll let someone else deal with that nonsense. Sigh.

Stay tuned for the next installment of my rant against Andrew Hacker: The Wrong Way to Target Math (Part II)

Until then, enjoy this beautiful take on the "Waltz of the Snowflakes" by Mark Morris in The Hard Nut, which artfully employs the use of Geometry skills many students learn in high school.

(Graphic from memegenerator.net via mcclernan.blogspot.com.)
Posted by Amy Hogan at 8:00 AM